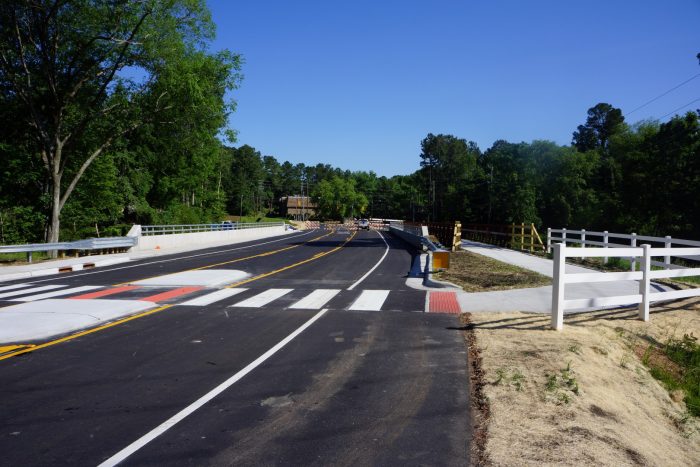 Not long ago, the bridge at Trailwood Drive near N.C. State University in Raleigh was falling apart. The bridge was in such poor condition, NCDOT shut it down in early 2016.

One year later, it is now open to the public with new life. Thanks to our team’s hard work, there is a new three-lane bridge, including a walkway and greenway.

The original plan was to simply replace the old two-lane bridge.

The greenway is one of many nature paths in Raleigh perfect for walking, bike riding and more.

Bad weather conditions created challenges throughout the project. In October 2016, Hurricane Matthew flooded the site and washed away much of our work.

“Heavy flooding throughout the project was definitely challenging, but once the weather cleared up, we were able to finalize the greenway and put the finishing touches on the bridge and walkway,” said Project Manager David Knoll.

Roadwork was completed in May 2017 and the bridge is now officially open to the public. Drive by some time and check it out!